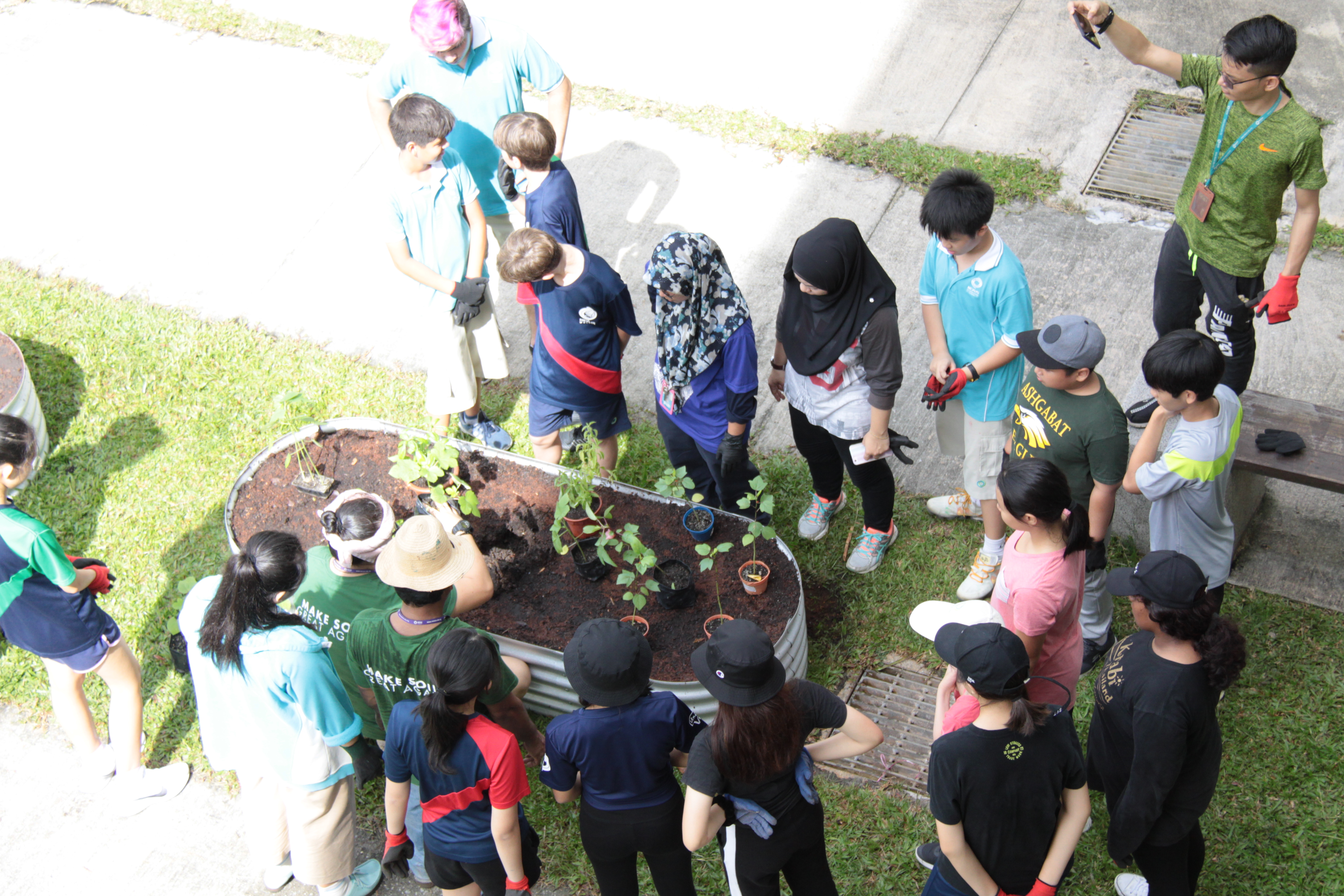 This activity was in partnership with the Ministry of Tourism (MOT), with MOT sponsoring the initiative. More than 80 students facilitated by six teachers gathered at the beach as early as 8.00 am for a briefing session.

Among the activities carried out include the release of baby turtles back into the sea, beach clean-up, the making of waste art signage using wooden recycled items, and waste audit and sortings. Volunteers also placed recycle bins at the beach to ensure responsible waste management in the future.

Nexus Learner Chelsea Lim said, “This activity has made us realise how much waste is being produced every year.” She added that the beach clean-up activity is exciting and hopes that Malaysians limit the use of polystyrene and single-use plastics.

The beach clean-up was part of Nexus Global Goals Project led by Nexus Curriculum Enhancement Director, Ainslie Dann. The objective of the project was to address all 17 UNSDGs via a variety of activities, conducted either at or outside the school premises.

More than 800 volunteers which included students, teachers, staff members of Nexus International School Malaysia as well as visitors came together to promote and take action towards sustainability during the recently concluded 5th Nexus Global Goals Action Day, which happened yesterday.

Another project conducted was the ‘Working with the Orang Asli’ programme where Nexus volunteers partnered with Making Orang Asli Mother Independent (MOAMI) organisation. Volunteers travelled to an Orang Asli village called Kampung Tekir, Negeri Sembilan and worked with the community to initiate and implement ideas for reusing waste. They help build the playground, make art pieces and paint a mural. 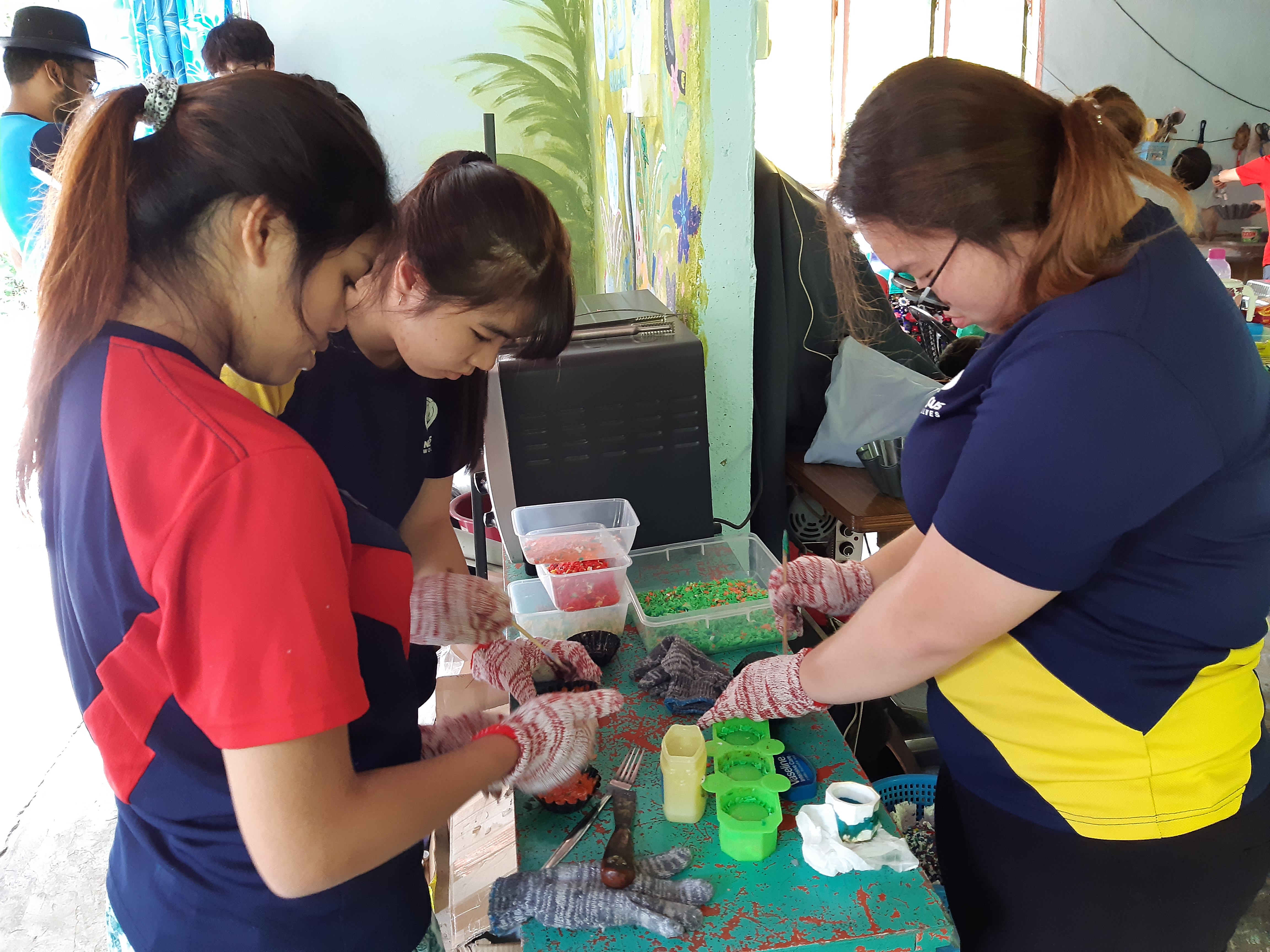 Meanwhile, as part of the Action Day, students and teachers participated in one of the 24 activities, such as starting an Edible Garden, Global Goals Language Workshop, and Energy and Water Audit, to name a few, that happened concurrently within and outside the school. All activities aimed to create awareness of the SDGs among learners and encourage them to contribute to sustainability. The project also set a platform for students to adopt new skills and prepare for the uncertainty that awaits them in the world they are going to enter.

“Nexus community's commitment to the Global Goals has developed over the past 5 years and gone from strength to strength. We have been able to take a lead role in promoting sustainable development throughout schools in Malaysia.  It is the dedication of our teachers and learners to making a difference in the world that has made this day a success. Nexus does much more than this day and the Global Goals are now a key component in our school's curriculum from Early Years right through to IB Diploma,” said Nexus International School Malaysia Principal David Griffiths. 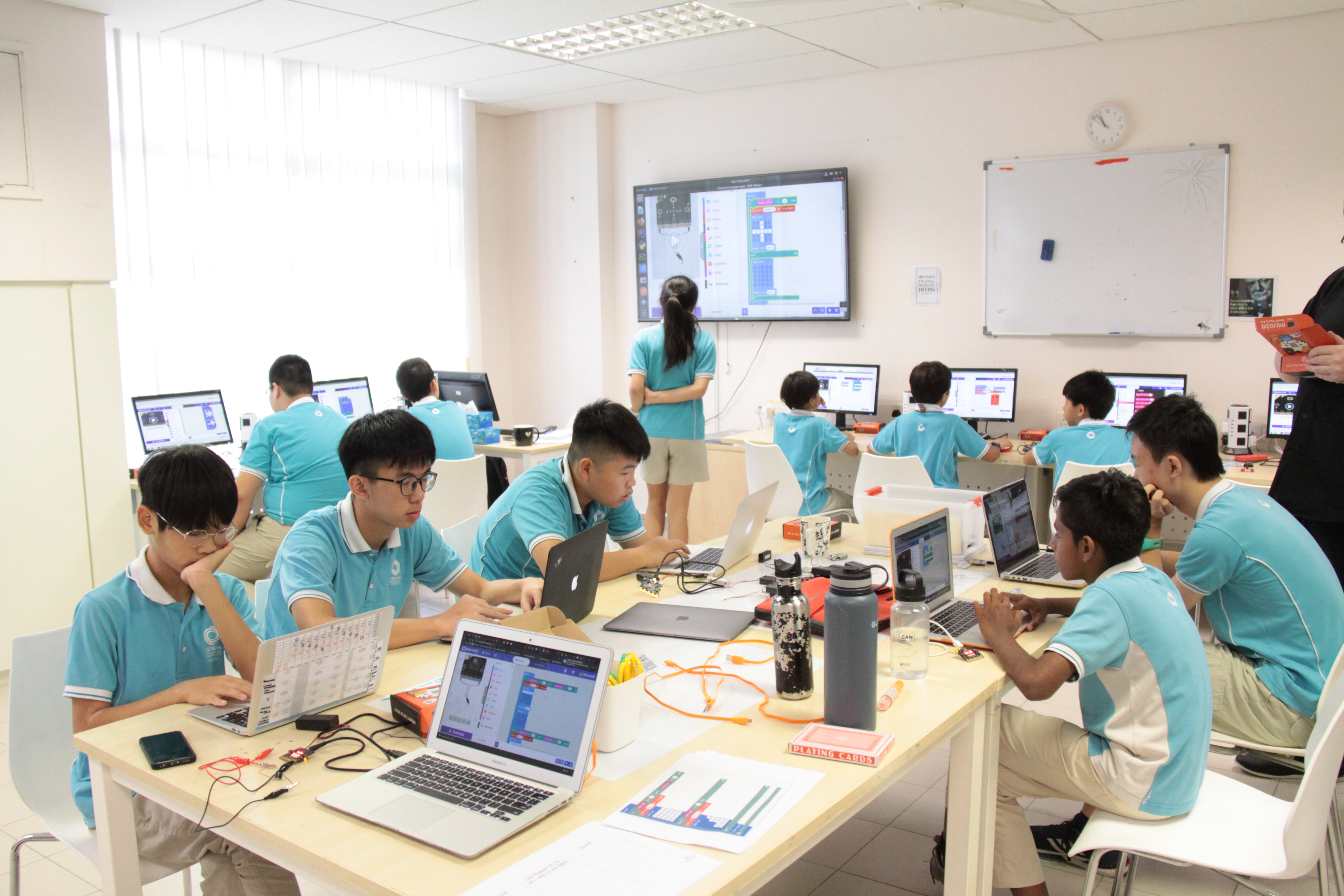 Teachers, parents and learners came together to start an edible garden. An organisation specialised in gardening came in to work with the community. Volunteers worked the soil using compost. The idea is for the garden to reap vegetation which can be supplied to the school canteen as well as for students to have a fun outdoor garden lesson every now and then. 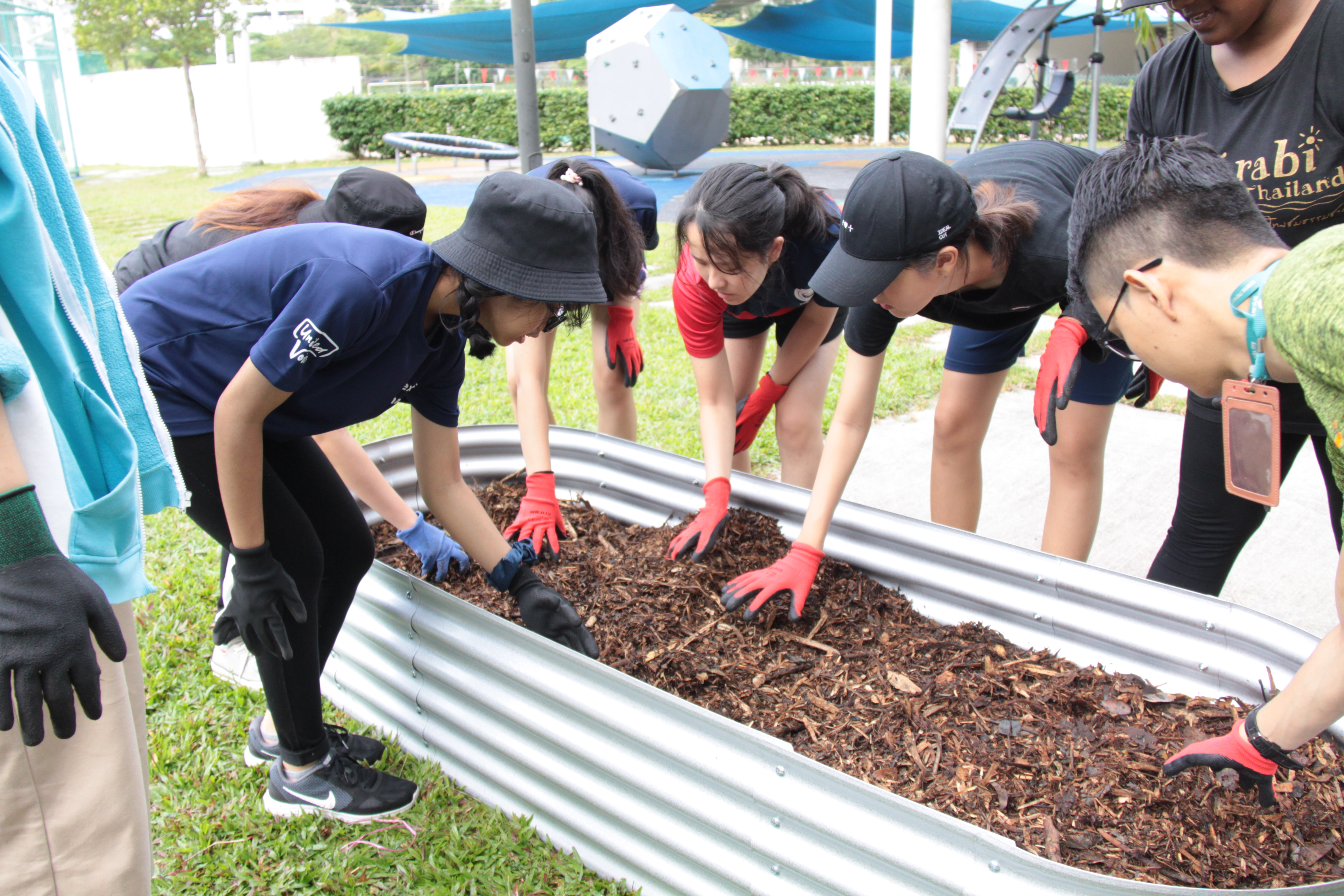 More than 80 volunteers participated in the beach clean-up activity at the Tanjung Tuan Beach, Negeri Sembilan. The initiative was sponsored by the Ministry of Tourism.

A group of learners travelled to an Orang Asli village called Kampung Tekir at Negeri Sembilan. They worked with the community to initiate and implement ideas for reusing waste, such as building a playground, creating art pieces and mural. 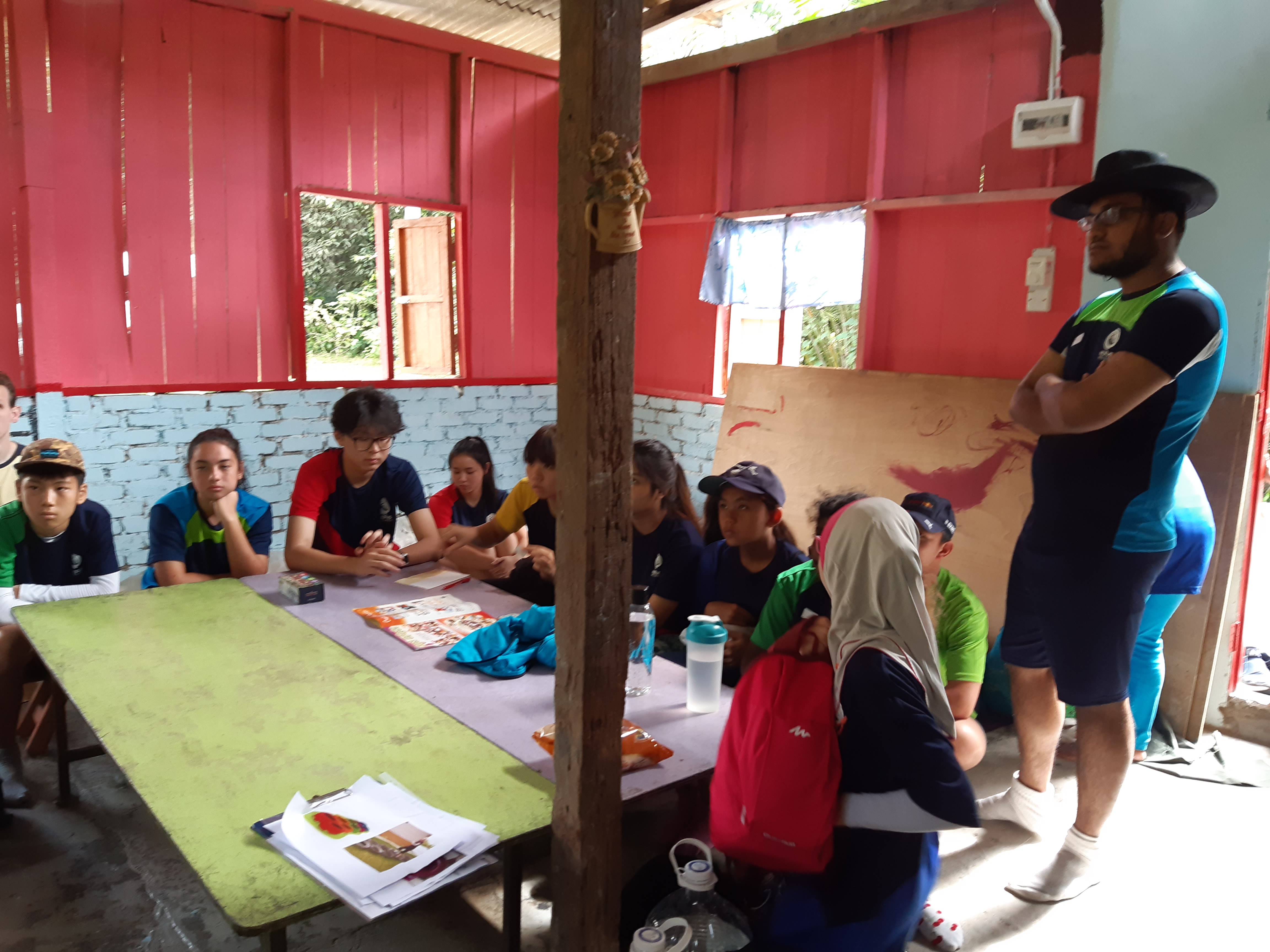 The aim of this workshop is to raise awareness about the Global Goals among the multilingual audience. Learners research Global Goals in their mother tongue and produce a multilingual video to advocate for sustainability around the world. Languages in the video included Malay, Korean, Portuguese, Italian, Russian, and English.

Addressing the 12th Global Goal which is Responsible Consumption and Production, the ‘Sustainable Fashion - Online Swap Shop’ got learners to create an online shopping portal for the Nexus Community to swap clothes, purchase second hand and donate clothes for charity.

The team will also be selling the donated apparel during the International Baccalaureate (IB) charity week set to happen in the first week of December. Money raised will go to charity.

Learners got into groups to discuss business plans which sell sustainable products. They were guided to research the feasibility of the products, costs, advantages, disadvantages, and marketing plans. 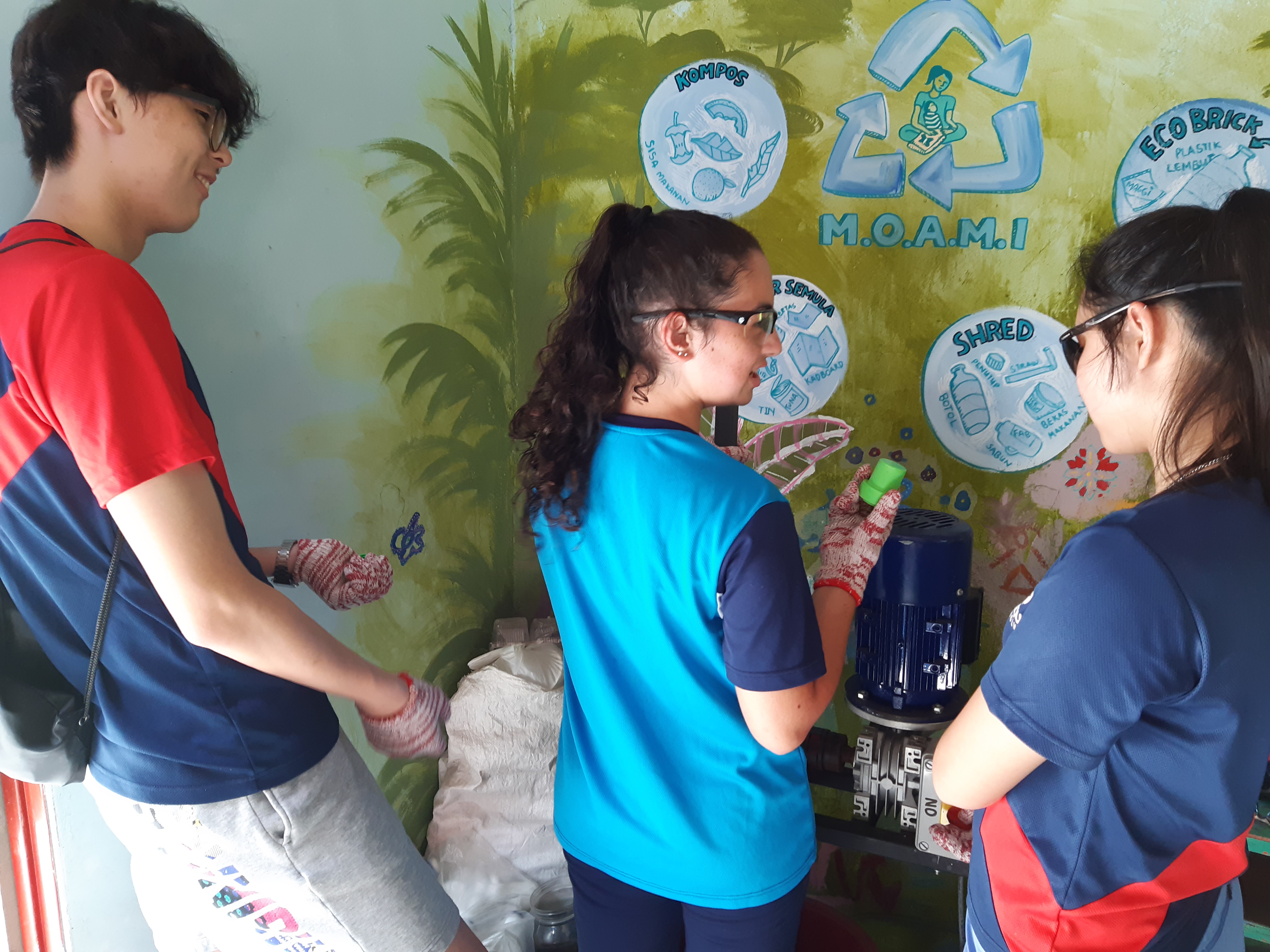 Learners in this activity drew out a plan to create a ‘Zen’ space at the school, more of a place for students, teachers or staff members to get some quiet time for themselves, do introspection and retrospection, and detach themselves from the demanding and fast-paced world, when they want to.

The room is set to be equipped with adult colouring books, calligraphy artworks, cosy bean bags, and soothing music. Tech gadgets which include phones and iPads will not be allowed into the space.

Addressing the 14th UNSDG, ‘Conserve and sustainably use the oceans, seas, and marine resources for sustainable development’, learners investigated the fishing problem of bycatch. They programmed microbit by incorporating properties of light and sound, in the hope to solve the bycatch problem. This is because it has been scientifically proven that a certain frequency of light and sound can detract unwanted fish. 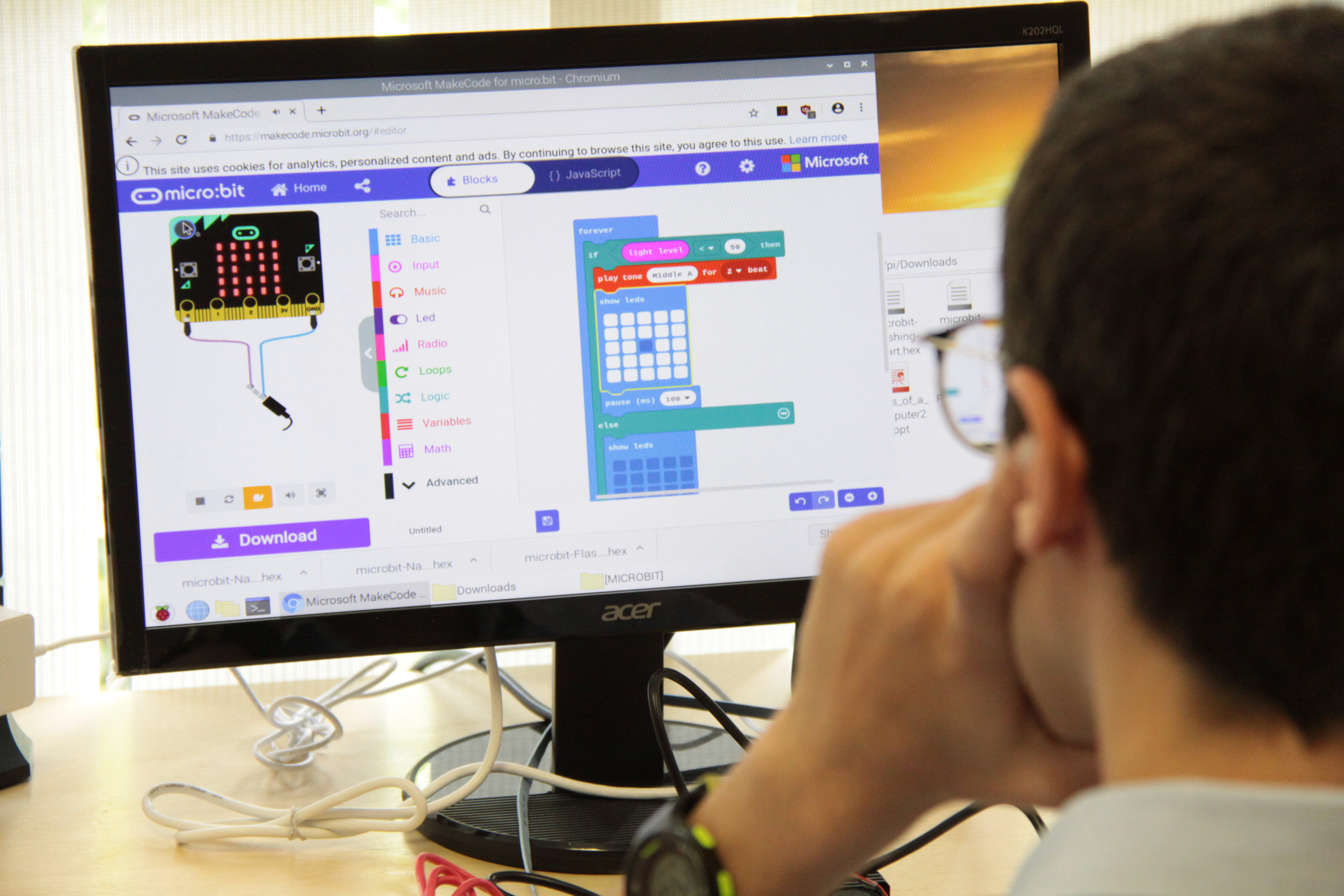 Learners discussed the overall school policies and identified grey areas where policies related to sustainability can be included. This were things such as minimising waste, recycling, efficient use of power and waste, etc. The group of students then came up with several policies which could potentially be added to the existing one. These policies will be presented to the management for approval.

Nexus Year 8 students pledged that by end of May 2020, they would come up with a project to address the single-use-plastic issue. They have planned out campaigns and activities such as beach clean-up. The group of students will also be raising money to support a workshop by a third party organisation who would teach creative ways to reuse plastics.

Learners got together to produce two covers which will be sold, and the money will go for charity.

Learners created reusable wax wraps using fabric and organic beeswax (edible) to replace single-use plastic wrapping. This can be used to wrap food, presents, pack-up soap and toiletries when travelling. Sheets can be washed after use. The lifespan of every sheet is approximately 1 year, provided it’s not exposed to extremely hot temperature, or the wax can melt. So, users must be careful to let the food cool down first before wrapping them. The wax wraps will be sold during the charity week in the first week of December.

Learners made soaps from organic ingredients namely goat’s milk, lavender, jasmine and lemon essential oil. Soaps will be sold at the IB charity week in the first week of December.

The Society for the Prevention of Cruelty to Animals (SPCA) Selangor is an animal welfare organisation based in Ampang Jaya, Selangor. The aim of the SPCA is to protect defenceless animals and to alleviate their suffering. Nexus Learners became volunteers for the SPCA after completing a Pet Care Programme in learning the correct way to handle and care for animals.

Learners found ways to breathe new life into damaged or well-worn pieces of furniture that nobody wanted, using creativity to make practical and stylish pieces that can be used again.

Vegetarian cooking workshop was conducted to teach volunteers how to cook delicious and healthy vegetarian meals.

Established in Putrajaya in 2008, Nexus International School is a member of the Taylor's Education Group, which encompasses some of the largest and most successful international schools in Malaysia and Singapore.

from over 30 nationalities. In addition, the Nexus Boarding House provides boarding facilities for 10 to 18 years old.

Nexus International School strives to create in its school an inviting place, in which human respect and values are balanced against academic rigour, and where learners are encouraged to realise their potential and to respect their own unique worth as well as that of others. 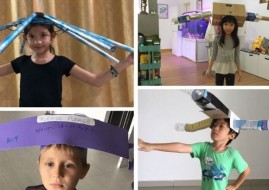 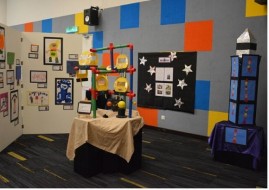 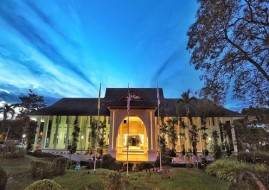